Archbishop Paglia: Please resign as head of the Vatican's Academy for Life! 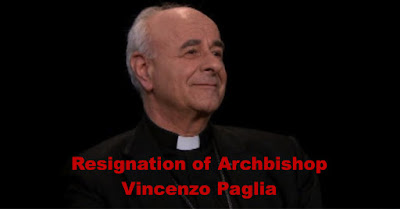 Archbishop Vincenzo Paglia, the new head of the Pontifical Academy for Life recently gave remarks expressing unqualified admiration for longtime friend Marco Pannella, one of Italy’s most radical proponents of the culture of death.

Speaking about the Italian Radical Party founder, Paglia stated that he was "a man of great spirituality" and that his death was “a great loss, not only for the people of the Radical Party, but also for our country,” among many other glowing statements.

Pannella spent his life fighting for the legalization and promotion of abortion, same-sex 'marriage,' and euthanasia in Italy, and was himself an openly bisexual man who boasted of his affairs.

Archbishop Paglia, who was also appointed by Pope Francis to head up the Pontifical Pope John Paul II Institute for Studies on Marriage and Family, is the same archbishop responsible for developing and releasing the Vatican's new sex-ed program, which, among numerous other grave flaws, includes pornographic images.

Adding to concerns about the archbishop are the recent revelations that he was responsible for commissioning an enormous "homoerotic" mural at the cathedral church of the Diocese of Terni-Narni-Amelia.

We are asking Archbishop Paglia to resign, and, if he refuses, that he be removed from his positions as head of the Pontifical Academy for Life and the Pontifical Pope John Paul II Institute for Studies on Marriage and Family.

Some of the groups sponsoring the petition are:

for organizations: to adhere use email info@retiunificate.it
a 16:02:00 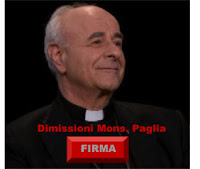